Most American truck buyers know about the Big Three pickup models: Ford F-150, Chevy Silverado 1500, and the Dodge Ram 1500. When truck buyers look for a new truck, they often consider one of these three models.

Sometimes the rivalry is cast as only between Ford and Chevy, but the Ram 1500 has cemented itself into American truck culture and recently has emerged as the bigger rival to Ford versus Chevy.

The Ram 1500 has gone through various changes through its five generations of existence, and Dodge made trucks before the Ram nameplate. But, there’s no doubt that the Ram is the most recognizable. 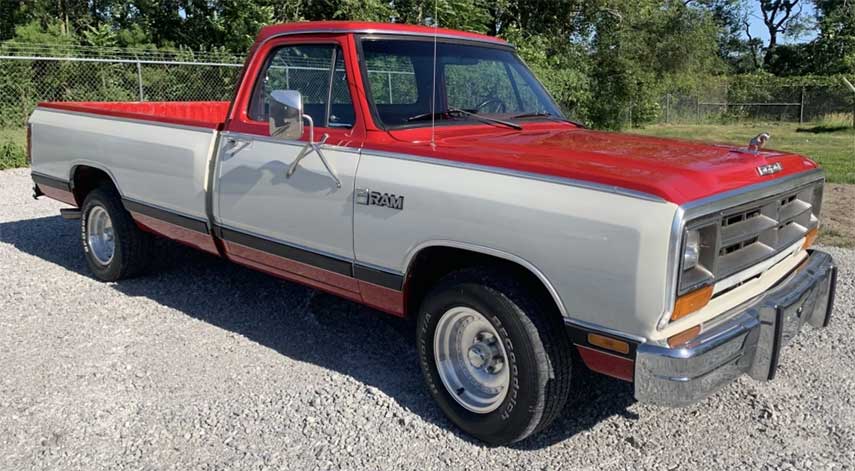 The first Ram 1500 debuted for the 1981 model year to replace the Dodge D Series. The Ram nameplate had been used before on vans and trucks but without any consistent naming convention. The first generation of the Ram 1500 was actually called the Ram 150.

It wasn’t until the second generation that the term 1500 was used instead. Engines offered on the first generation of Ram 1500 included a 3.7-liter slant-six, a 5.2-liter V8, and a 5.9-liter V8. Design-wise, the first Ram 1500s were basically D Series trucks with a slight facelift. 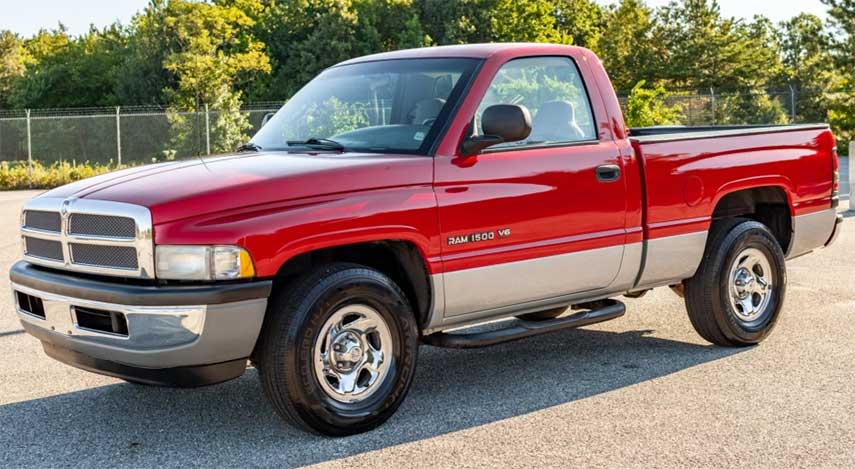 Only in the second generation did the Ram 1500 begin to resemble the truck most are familiar with today. The 1500 designation officially replaced the 150, and the grille was changed to the familiar crosshatch design that persisted through the next decade or so.

Ram designers were going for a look that was similar to big-rig trucks to give the vibe of being durable and tough. It apparently worked as the second-generation truck was a huge hit with buyers and resulted in a Motor Trend Truck of the Year award. 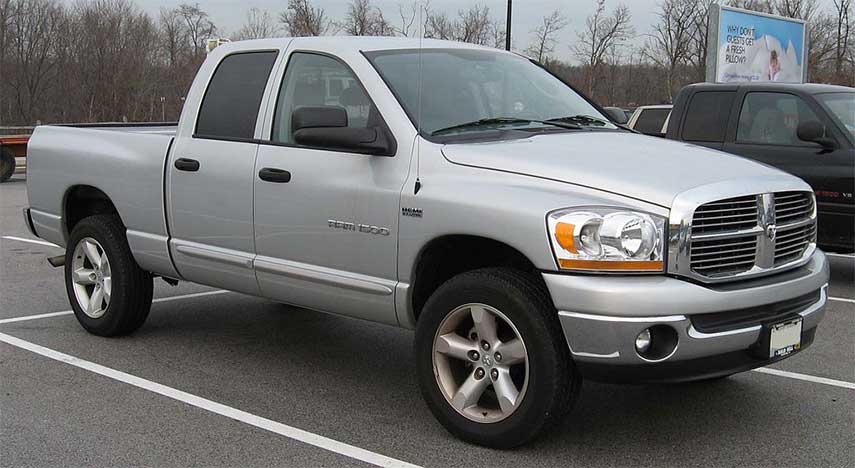 The third generation of the Ram 1500 wasn’t as drastically redesigned as the previous generation. It was given a slight refresh with smoother lines and a more modern look. Even if the outside wasn’t overhauled, the inside was. It was the first full-size truck to offer side curtain airbags as an option.

The frame and suspension were fully upgraded, and the extended cab was turned into a true four-door quad cab. Engine options on this generation included a 3.7-liter V6, a 4.7-liter V8, and a 5.9-liter V8 that was eventually replaced with a 5.7-liter Hemi V8. This last engine offered the most horsepower thus far at 345.

By the end of this generation, several technology features were available, including navigation, Sirius satellite radio, and a DVD entertainment system for the rear seats. 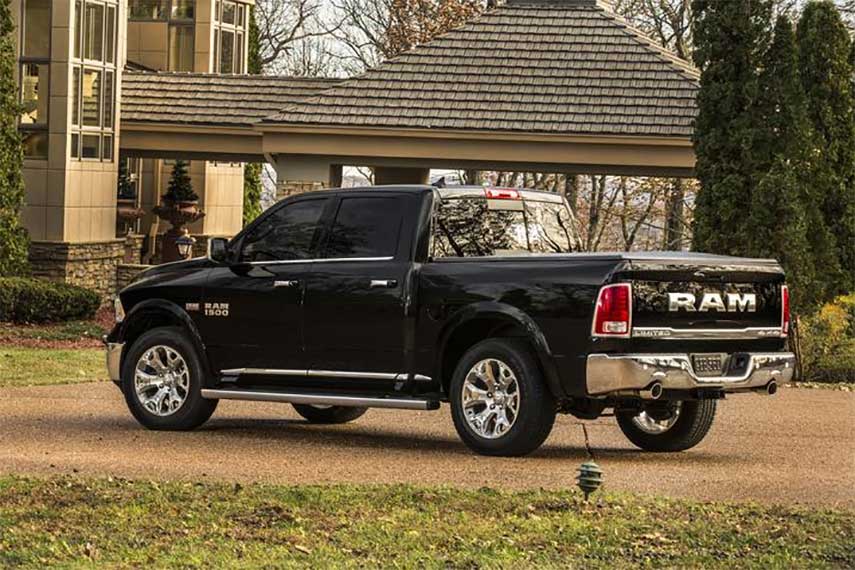 In this generation, the companies of Dodge and Ram split. Ram became its own truck brand under Chrysler Group. Dodge, meanwhile, was the brand focusing on various lines of sedans, minivans, and SUVs.

The new Ram 1500 for this generation was constructed on a totally new platform. Engine options included a 3.7-liter V6, a 4.7-liter V8, and the 5.7-liter Hemi V8. These were carryovers from the previous generation, but horsepower was increased for most of them.

The fourth generation of the Ram 1500 prioritized bringing the truck into the modern era with the addition of many creature comforts. Tech features were also fully updated by the end of the generation with smartphone connectivity, infotainment systems, and more.

In terms of the exterior, this generation saw a significant change in the grille presentation with a design that looked similar to ram horns. 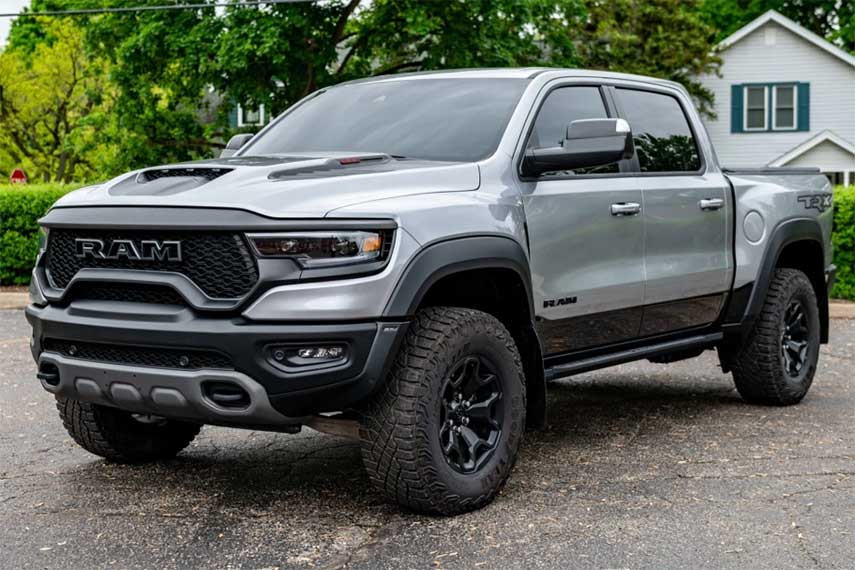 The fifth generation of the Ram 1500 carried over the design elements of the previous generation, but it was technically completely redesigned. The regular cab option and base manual transmission were both dropped. The new Ram 1500 was only available in extended-cab or four-door quad cab versions.

Engine choices were initially pared down to a 3.6-liter V6 or a 5.7-liter V8. More technology and comfort features were also added in this generation. The newer models of the Ram 1500 are now well-known for being extremely comfortable and even luxurious in the higher trims.

Protect Your Ram 1500 With DualLiner

Make sure your truck bed lasts a long time with a truck bed liner by DualLiner. Ram bed liners are designed to fit your truck’s bed perfectly with custom interlocking parts and Zero Skid mats. This means it protects fully from moisture and scratches and scuffs. Along with the Ram 1500 bed liner, we also sell Dodge Ram 2500 bed liners.